About a week ago a newer dear friend kindly read the first chapter of my supposedly completed memoir, and his comments gave me a wonderful new perspective on that crucial year of my life (1964-65).  Note the half-century since…  So I happily took some days off from my obsessive routine of drawing and writing to chew on the dramatic implications of this insight.

It quickly cast a new light on my earlier life periods and the present memoir project (1965-66), but I wouldn’t let myself look yet at what it reveals even across this half-century since.  When I can look at that later stuff, I know it will probably explain a lot more of the person I now am.  My friend gifted me an epiphany, or at least a revelation.  May he forever walk in beauty!

The hardest part of the excitement was to keep myself from jumping right into the rewrite.  Artistically I knew that I should “grok” this thing thoroughly before writing another word.  Besides, I’d also have to re-do the page on the memoir right away. And I was saved too much anguish on this score by getting sick.  In truth that rarely ever happens to this work-horse body.  Bronchitis.  Miserable coughs, incredible medicine, more involuntary vacation.  Not to mention some delirious nights of fitful sleep and a couple days unable to eat much of anything.  Bright side:  I lost five pounds.

Another bright side:  While I suffered and hacked, my green-and-white striped Dracaena, which I’d always called Hayworthiana but is probably Fragrans variegata (Cornstalk), has been blooming with clusters of small white flowers.  They’ve been opening in stages over the past few evenings, and their sweet fragrance infuses the apartment, like Cinderella, fading away by midnight.  I gently manhandle the clusters hoping to pollinate it.  And the perfume has comforted my ailing bronchia.

Actually this plant qualifies as an auld friend, or at least amiga vieja.  When co-worker friend Gina, who was so like my older daughter, gave it to me over thirty years ago, I named it after her.  Since its namesake Gina passed away about a decade ago, I’ve felt that the dear lady lingers in spirit with me still.  That’s why I hope there will be seeds.

If there are, they’ll probably produce the underlying species.  I expect so because in my earlier propagation work, I found variegation was a quirky genetic process usually only reproduced by stem-cuttings.  With jades, the green-and-white variegation works that way.  But oddly, if you simply start with a leaf, it sprouts all green, but quite a bit paler than your regular “money tree,” and with a more oblate and pointed leaf and quite massive trunk.  I grew one into a four-foot perfect specimen.

Forgive me for wandering off into plant talk.  After so many years running a salvage nursery, I have lots of such stories.  For years my greenhole teemed with exotics and experiments, the likes of which I’ve rarely seen since.  Imagine the stupendous eight-foot Begonia Lana, which was about six feet across and would easily have hit twelve tall without the pruning.  My amazing Euphorbia grandicornis, which I called “Longhorn,” grew into an unmanageable, dangerous tree.  The seeds grew like weeds. 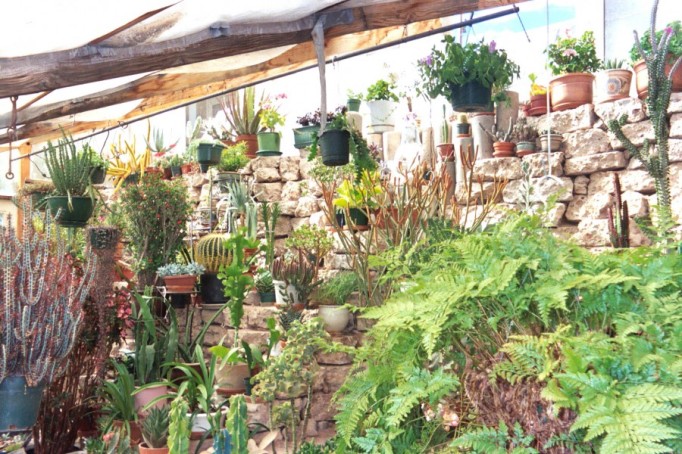